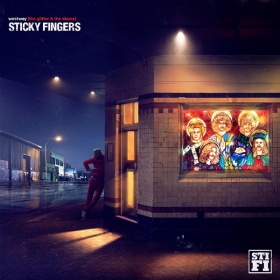 Sticky Fingers offstage rock’n’roll personas  – whether you believe in the veracity of them or not – can, in an unsurprising way, take away from their musical output.

Which kinda sucks. Because their new album, Westway: The Glitter & The Slums works as a super-interesting comedown record to their last album, Land of Pleasure. That was a bonkers sunshine indie psyche-pop gem —  my 2014 review of it for Rolling Stone gave it 4 stars — and Westway is scrappier, stranger and not quite the summer-jam kiler its predecessor was. It definitely  has more heart, however.

Anyway. With that in mind – my featured review of  Westway: The Glitter & The Slums for Rolling Stone is right here.